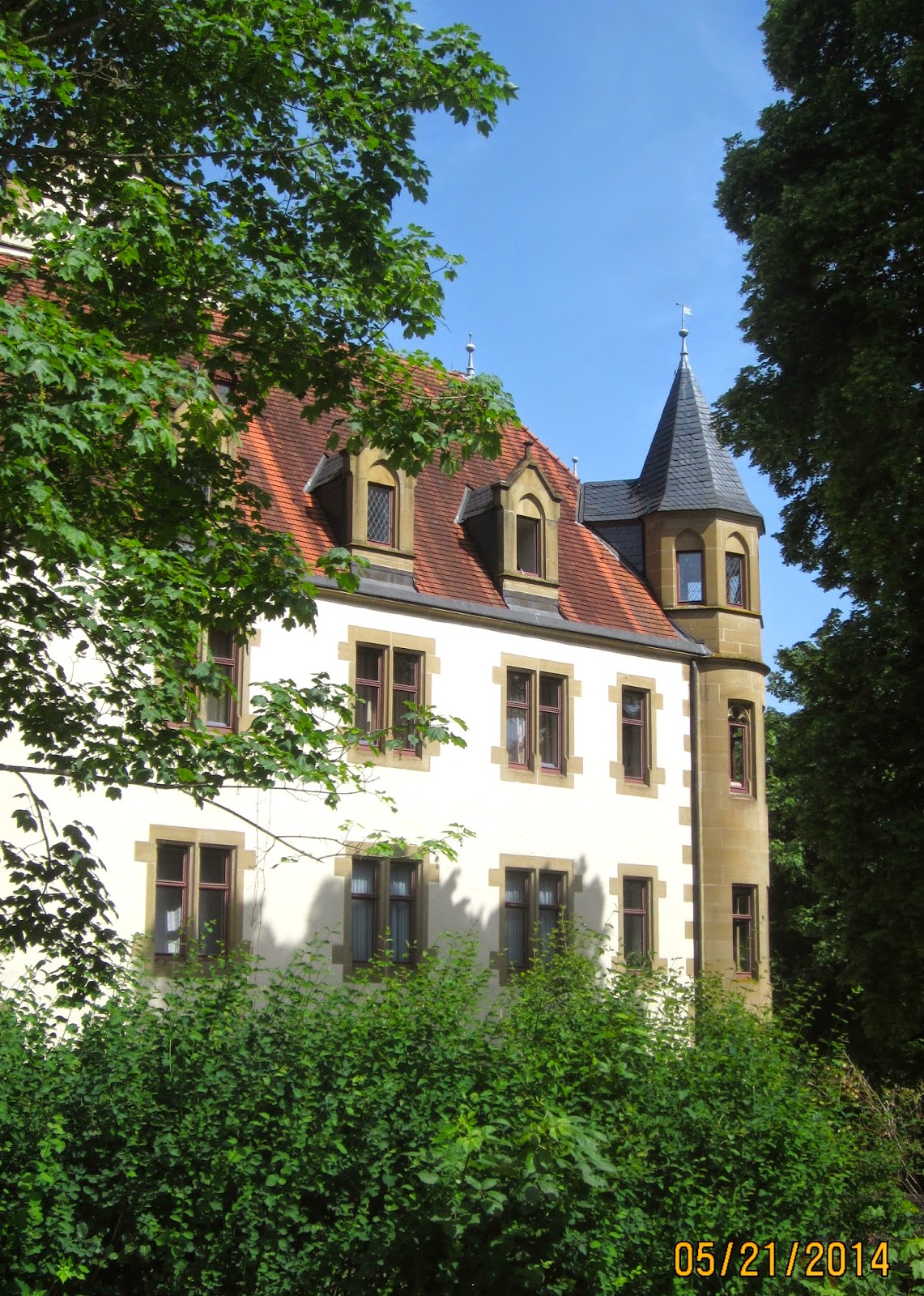 Fellow bakers, many of you rose to my last year's challenge, re-creating a Vollkornbrot for Schlosshotel Cecilienhof in Potsdam ("When Taste Meets Tradition").

I fully trust you to come up with another loaf with a historical connection - a bread worthy of Götz von Berlichingen, the Knight With the Iron Hand.

This is what it is all about:

My husband and I are romantic souls. We like to visit fortresses and castles, and whenever we travel in an area where those are plentiful, we check for hotels with turrets and moats, commanding views and a rich history.

On our recent trip to Germany we stayed two nights at Schlosshotel Götzenburg in Jagsthausen. The medieval Castle Jagsthausen is the birth place of Götz von Berlichingen.

This notorious knight spent his life as mercenary, engaged in the never ending feuds between Emperor, nobility, church, wealthy cities and farmers, losing his arm, being incarcerated, outlawed and re-installed in the process (amazingly, he nevertheless lived to a ripe old age!)

He would have been probably long forgotten, if not immortalized by Goethe in his drama "Götz von Berlichingen with the Iron Hand", who turned the belligerent knight into a pillar of integrity against a deceitful and decadent society - in other words: a German Robin Hood.

When besieged by the Imperial Army and asked by its captain to surrender, Goethe had Götz say the famous (and, in the last part, often quoted) words of defiance:

"Me, surrender! At mercy! Whom do you speak with? Am I a robber! Tell your captain that for His Imperial Majesty, I have, as always, due respect. But he, tell him that, he can lick me in the arse!"

One of its highlights, is, of course, the drama about the outspoken knight with the iron hand.


The (comparatively moderate) price for our hotel room included breakfast (thankfully, something you still can expect in most German hotels!)

The ambiance - dark paneled dining hall, solemn ancestors looking down from the walls, body armor and tapestry - couldn't have been more appropriate. The dinner the night before had been fabulous, so we had high expectations for the breakfast.

Everything was fine - except for one thing that really matters for this bread loving baker: the rustic looking loaf on the table was sadly lacking - in crustiness as well as in taste!


When I asked about it, I learned that it was not baked in a local bakery, but supplied by a whole grocer: hence its blandness and rubbery crust. Not at all worthy of the legacy of a fierce old knight! (He might have fed it to his dogs.)

Grumbling at the breakfast table, I pondered what to do. Whine about it to the manager? Or smite this nice hotel with a nasty comment at TripAdvisor? I had a better idea.

I WOULD GIFT THEM WITH A BREAD!

So, please join me, dear friends, in creating a special loaf, worthy of the noble Götz and his beautiful castle (which is, by the way, still owned by the Berlichingen family!)

Even though this loaf is meant for a medieval castle hotel - please, refrain from submitting an "Authentic Bread" à la Don Sadowsky. The tough old fighter might have had his share of those, while embattled, but he surely would not have served them to guests of his castle.

I won't give you a deadline, most of you are hard working people with little spare time, and if you want to participate, you will bake your bread as soon as you can, anyway.

With Sugarprincess Yushka's help I even managed to create a banner to download for you.

Every contribution will be posted and linked to your blog (if you have one). You can submit your link as a comment or email me at: drkarinanderson@gmail.com

I will present our results to Schlosshotel Götzenburg, and, hopefully, when any of us visits there next time (it is well worth it!) you'll find a bread that (like Cecilienhof Vollkornbrot) marries taste with tradition.