GUINNESS CUPCAKES WITH BAILEY'S CREAM FROSTING - I LIKE ST. PATRICK 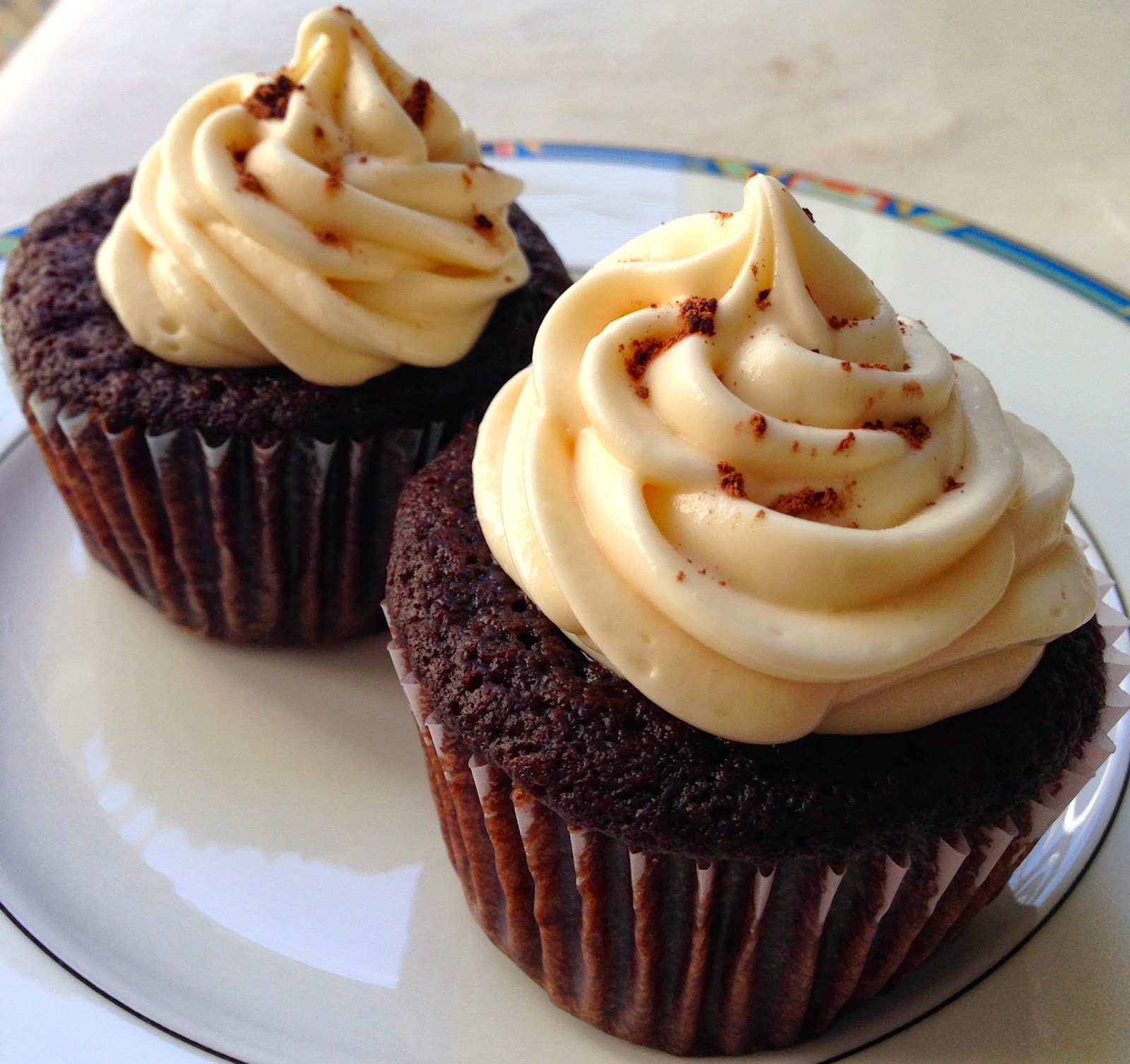 Unlike in his native Ireland, in the US Saint Patrick is a much celebrated man. He creates an opportunity for well-nourished Americans to feel like their poor Irish immigrant forefathers, eating cabbage-y dishes with boiled potatoes, washed down with a beer that is know for being "good for you".

The patron saint of Ireland enjoys special popularity because the anniversary of his death is exempt from Lenten fasting - a suspension his followers interpret as invitation to unlimited alcohol consumption.

Since I, naturally, embrace everything that is "good for me", and strictly abide by the motto: "Life is uncertain - eat the dessert first!", baking cupcakes with Guinness (to find my inner Irishwoman) was a natural conclusion.

And, to make it even an even more boozy Irish themed dessert, I wanted some Bailey's Irish Cream on top!

I changed Laura's recipe for Guinness cupcakes a little, substituting some of the white flour with whole wheat, adding a bit espresso powder for a deeper chocolate flavor, and (as a physician) reducing the amount of salt a tad.

Instead of buttercream, I chose a (lighter)
Cream Cheese Frosting, adding a little less sugar - it should keep its shape, but didn't have to be stiff.

When I pulled the cupcakes out of the oven, I was a bit concerned about their softness (even though the needle came out clean). But after cooling, a few hours later, they had enough structure to be frosted.

A day later, the flavors had blended, and the cupcakes tasted so delicious that I would have drunk green beer and eaten corned beef with cabbage without any complaint.

Bring Guinness and butter to a simmer in a medium saucepan over medium heat. Add cocoa powder and whisk until mixture is smooth. Let cool slightly.


Fill cupcake liners up to 3/4 with the (rather liquid) batter. Bake cakes, until a needle, inserted int the middle, comes out clean, about 17 minutes (the surface will be quite soft, and finger pressure will leave a dimple!)


Let cupcakes cool completely on wire rack (after 5 minutes, lift them gently from the molds).


For the frosting, blend together cream cheese, butter, and Bailey's in a medium bowl. Gradually add powdered sugar, mixing well after each additon after all is incorporated.

Pipe frosting on cold cupcakes (or spread with small offset spatula or knife). Decorate with cocoa or chocolate sprinkles.


The cupcakes taste best, when they have sat one day. Stored in a cool spot they keep fresh for several days.
Posted by Karin Anderson at 4:53 PM